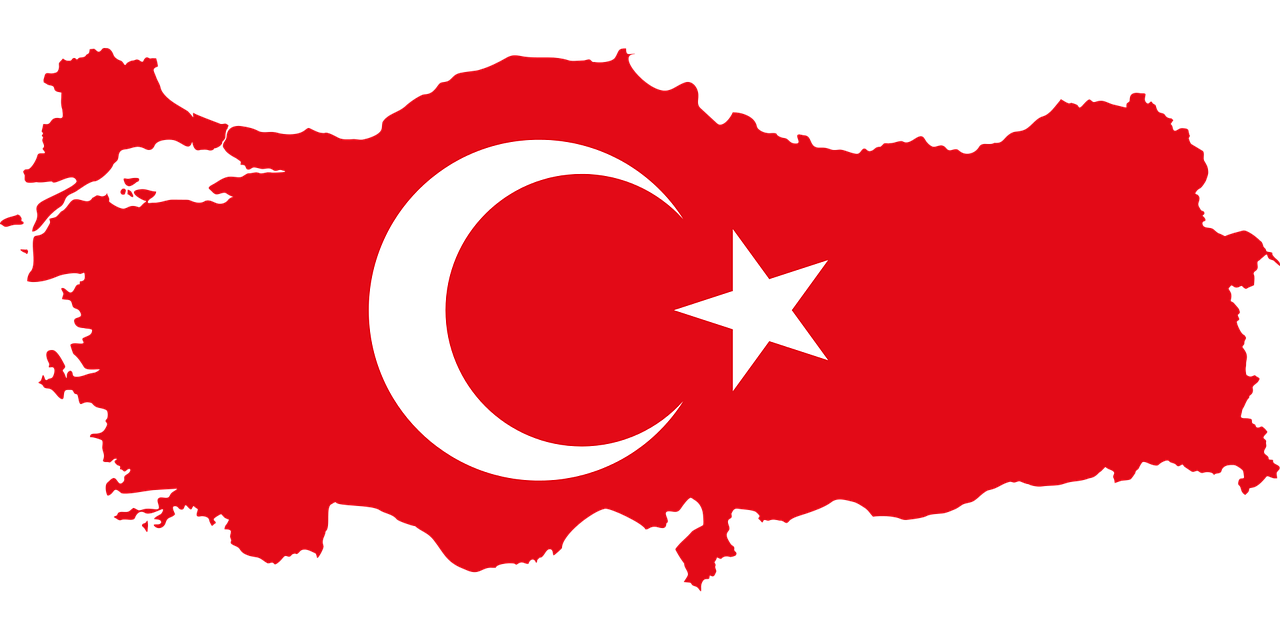 Turkey’s lira may extend a rally against the dollar this year, strengthening to 6.25 per dollar by December, as investors become more confident that the central bank’s tight monetary policy stance will stick, Capital Economics said.

President Recep Tayyip Erdoğan, who has sacked two central bank governors in two years, may allow policymakers to keep interest rates elevated, which will help to slow inflation and draw in foreign capital, Capital Economics said in a report late on Wednesday.

“It appears that president Erdoğan has caved to pressure from within his own party over economic management,” said Jason Tuvey, senior emerging markets economist at the London-based economic research and consultancy company. “Investors’ views towards Turkey have improved more quickly than we had previously envisaged.”

Turkey’s central bank has hiked its benchmark interest rate to 17 percent from 10.25 percent since early November when the lira hit a record low of 8.58 per dollar and Erdoğan hired former finance minister Naci Ağbal to head the central bank. The lira has since rallied through 7 per dollar as foreign capital returned to the bond market.

Over the past few years, Erdoğan has sought to interfere in monetary policymaking, saying high-interest rates are inflationary, a view that contradicts conventional economic wisdom.

Capital Economics’ forecast for the lira is the most optimistic yet among foreign financial institutions. Last week, HSBC and French bank Societe Generale predicted that the currency would rally to 6.5 per dollar by the year-end. Earlier this week, Citigroup cashed in a lira-euro trade predicting renewed weakness for emerging market currencies.

The lira traded little changed at 6.97 per dollar on Thursday morning local time.

The outlook for the lira is also improving after the risk premium for Turkish assets declined, reflected in a 200-basis point narrowing in Turkey’s dollar bond spreads since early November, far more than in most other major emerging markets, Tuvey said.

Political risk has also eased amid signs that Erdoğan’s government is seeking to mend ties with the United States and the European Union, Tuvey said. Those initiatives may go some way to reducing the threat of harsh economic sanctions, he said. Turkey has been immersed in a diplomatic spat with the United States over its acquisition of Russian S-400 missiles and embroiled in disputes over territory with EU members Greece and Cyprus

Tuvey said he expects the central bank to keep monetary conditions tighter than most people expect. Capital Economics forecasts that Ağbal will leave the benchmark rate unchanged throughout the year, while the market consensus is for a 3.75 percentage point cut, he said.

Still, investors and analysts are not fully convinced that the central bank will tackle Turkey’s inflation problem, according to Tuvey. Annual consumer price inflation edged up to 15 percent in January and long-term inflation expectations remain elevated and well above the bank’s medium-term target of 5 percent, he said.

Separately, another U.S. multinational bank Morgan Stanley on Friday said the Turkish assets were performing better than their peers, boosted by the increase in the credibility of the economic policies.

A research report said it was “tactically” positive against the Turkish assets.

The bank’s analysts expect the Turkish lira to strengthen to as much as 6.80 against the U.S. dollar.

Piotr Matys, the senior emerging markets forex strategist at Rabobank, also said there was room for the dollar/lira exchange rate to fall further, stressing that 6.80 could be the next level.

“But, of course, the level of 7 needs to be broken first,” Matys told private broadcaster Bloomberg HT.

The lira has been outperforming its emerging market (EM) peers this year.

“Turkish Lira was the best performing EM currency in January & is again the best performer so far in February,” according to Robin Brooks, the chief economist at the U.S.-based Institute of International Finance.

The lira is up almost 3.8% against the greenback so far this month. It traded at 7.02 Friday, having rallied from a record low of TL 8.58 per dollar in early November after President Recep Tayyip Erdoğan pledged a new market-friendly economic era and appointed Ağbal as the CBRT chief.

Aggressive interest rate hikes since November have led to a 20% rally in the lira and some $20 billion in foreign investment inflows.

The CBRT has raised rates to 17% from 10.25% to battle inflation that has been stuck in double-digits, giving Turkey the tightest monetary policy of any major developed or emerging market economy.

The annual inflation rate climbed more than expected to 14.97% in January, keeping the pressure on the bank to maintain a tight policy even after sharp rate hikes.

CBRT data on Friday showed Turkey’s current account widened to a deficit of $36.72 billion last year, from a $6.76-billion surplus in 2019, as the coronavirus pandemic hit tourism and Turks snapped up record amounts of gold.

Ağbal has said that the CBRT would maintain its tight monetary stance until the 5% inflation target is achieved by 2023.

“The central bank’s goal of reducing inflation to its 5% target is particularly important,” said Matys. “This, in turn, will create gradual growth.”

Morgan Stanley’s analysts do not see the central bank hiking its policy rate at the next meeting and they expect it to maintain its hawkish stance.

The bank said the rate hike depends on the market expectations, saying that “we maintain our view that the CBRT would increase interest rates by 100 basis points in near-term.”

February 18, 2021 | 13:53:45 UTC
All information on this website is of a general nature. The information is not adapted to conditions that are specific to your person or entity. The information provided can not be considered as personal, professional or legal advice or investment advice to the user. This website and all information is intended for educational purposes only and does not give financial advice. Signal Factory is not a service to provide legal and financial advice; any information provided here is only the personal opinion of the author (not advice or financial advice in any sense, and in the sense of any act, ordinance or law of any country) and must not be used for financial activities. Signal Factory does not offer, operate or provide financial, brokerage, commercial or investment services and is not a financial advisor. Rather, Signal Factory is an educational site and a platform for exchanging Forex information. Whenever information is disclosed, whether express or implied, about profit or revenue, it is not a guarantee. No method or trading system ensures that it will generate a profit, so always remember that trade can lead to a loss. Trading responsibility, whether resulting in profits or losses, is yours and you must agree not to hold Signal Factory or other information providers that are responsible in any way whatsoever. The use of the system means that the user accepts Disclaimer and Terms of Use. Signal Factory is not represented as a registered investment consultant or brokerage dealer nor offers to buy or sell any of the financial instruments mentioned in the service offered. While Signal Factory believes that the content provided is accurate, there are no explicit or implied warranties of accuracy. The information provided is believed to be reliable; Signal Factory does not guarantee the accuracy or completeness of the information provided. Third parties refer to Signal Factory to provide technology and information if a third party fails, and then there is a risk that the information may be delayed or not delivered at all. All information and comments contained on this website, including but not limited to, opinions, analyzes, news, prices, research, and general, do not constitute investment advice or an invitation to buy or sell any type of instrument. Signal Factory assumes no responsibility for any loss or damage that may result, directly or indirectly, from the use or dependence on such information. All information contained on this web site is a personal opinion or belief of the author. None of these data is a recommendation or financial advice in any sense, also within the meaning of any commercial act or law. Writers, publishers and affiliates of Signal Factory are not responsible for your trading in any way. The information and opinions contained in the site are provided for information only and for educational reasons, should never be considered as direct or indirect advice to open a trading account and / or invest money in Forex trading with any Forex company . Signal Factory assumes no responsibility for any decisions taken by the user to create a merchant account with any of the brokers listed on this website. Anyone who decides to set up a merchant account or use the services, free of charge or paid, to any of the Forex companies mentioned on this website, bears full responsibility for their actions. Any institution that offers a service and is listed on this website, including forex brokers, financial companies and other institutions, is present only for informational purposes. All ratings, ratings, banners, reviews, or other information found for any of the above-mentioned institutions are provided in a strictly objective manner and according to the best possible reflection of the materials on the official website of the company. Forex trading is potentially high risk and may not be suitable for all investors. The high level of leverage can work both for and against merchants. Before each Forex investment, you should carefully consider your goals, past experience and risk level. The opinions and data contained on this site should not be considered as suggestions or advice for the sale or purchase of currency or other instruments. Past results do not show or guarantee future results. Neither Signal Factory nor its affiliates ensure the accuracy of the content provided on this Site. You explicitly agree that viewing, visiting or using this website is at your own risk.